In a Canada that is beginning to realize the value of renewable, clean energy, Ryerson University has a critical role to play, says Deborah de Lange, a professor of global management studies at the Ted Rogers School of Business Management.

To mark World Environment Day, June 5, de Lange, one of 70 academics nationwide who is part of the Sustainable Canada Dialogues, shared her thoughts on clean energy, the economy and how Ryerson and other universities can contribute toward making Canada a more environmentally friendly place to live. 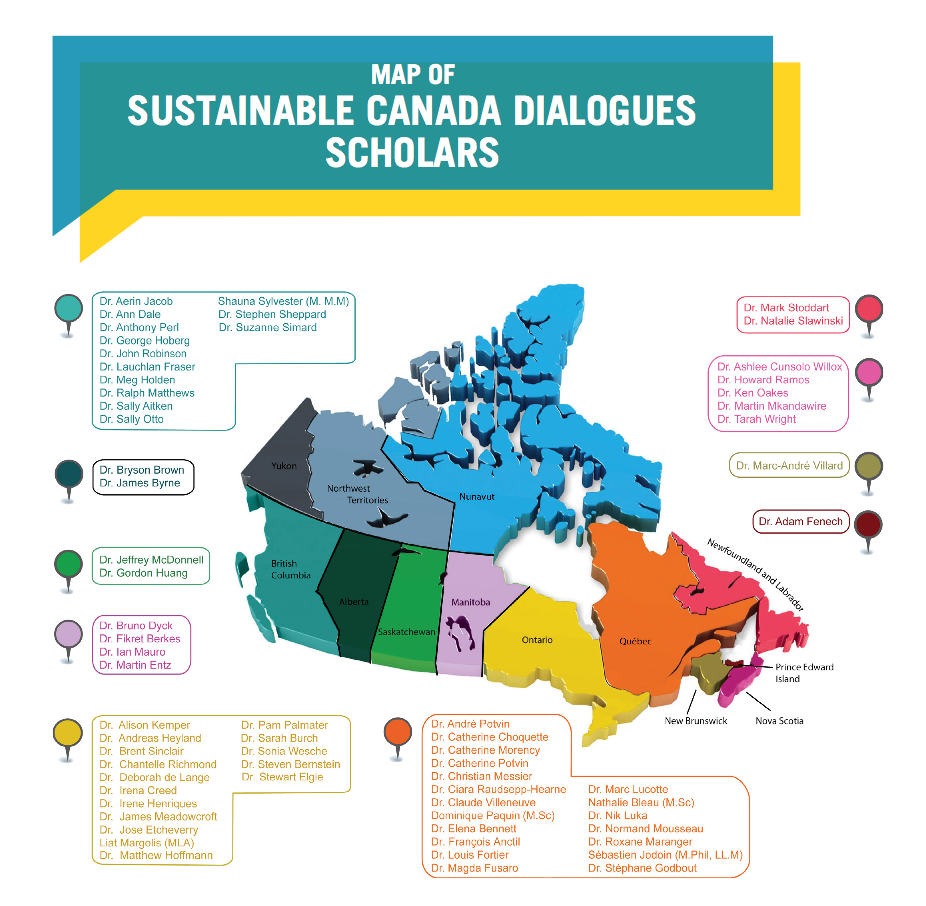 “Talking about clean energy has been politically sensitive until recently, but given the decreasing oil prices and the impact on the Alberta economy, we have begun to realize that we can’t continue down that fossil fuel-focused path,” de Lange said. “It’s bad for our economy not to shift our focus to alternative energy sources. We need a national clean energy plan and more co-ordination with the international community so we are aligned with the best-in-class.”

She is doing her part to ensure that Canada embraces its environmental responsibilities. In addition to participating, along with colleague Professor Alison Kemper of TRSM, in the Sustainable Canada Dialogues, de Lange will serve as a panellist for the Global Change Initiative being held in Toronto in July and will undergo climate leadership training with the Climate Reality Project, the organization run by former United States Vice-President Al Gore. She is an advisor for the Center for Urban Energy at Ryerson and her research is focused on topics related to sustainability, such as climate change and clean energy. She oversees graduate students in Ryerson’s Environmental Applied Science and Management program and is actively involved with related external academic organizations such as the Organizations and Natural Environment division of Academy of Management.

“We are in danger of becoming the first generation to leave the world in worse shape for its own off-spring,” de Lange said.

She advocates for balance and diversification so that Canada is not dependent on any one energy source or industry. However, she also reminds us that the infrastructure used to deliver oil, gas and electricity was built over many years, so the country needs to make similar investments in wind, solar and geothermal energy, energy storage, and the related distribution infrastructure before we can fully benefit from them.

This is where universities can make a difference, de Lange said. We can broaden our perceptions of the choices we have by developing a focus on critical thinking, freedom of expression and greater tolerance for multiple viewpoints, all hallmarks of a good university education. By building a society where people are motivated to be engaged in open and transparent decision making systems that encourage them to express their opinions and get involved, change is possible.

Universities are also hubs for basic research, which is necessary to move a clean energy lifestyle forward.

Ryerson University, with its focus on entrepreneurship, has a special role to play, she noted.

“Entrepreneurship is the realization that we have choices,” de Lange said. “Universities can contribute the ideas and entrepreneurs can propel them forward, create jobs and demonstrate that clean technology is a long-term industry.”

To learn more read the full Acting on Climate Report!