Did you know that TRSM has an Academic Success Centre?

Located on the 8th floor of the TRSM building at 55 Dundas Street West, the Academic Success Centre has learning professionals who are dedicated to helping you achieve your absolute best academically.

We’re here to help you improve your academic performance with a series of learning services designed to develop new strategies, skills and behaviours.

We used to be called Student Services at the Ted Rogers School of Management, but we’ve recently changed our name and put together a whole new team. Meet our team of learning professionals! 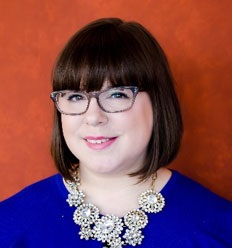 Madelyn joined TRSM in the fall of 2013 and served as a Learning Strategist before becoming the Manager of Academic Support in early 2016. Before joining TRSM, she worked in Housing and in Student Learning Support at Ryerson University. In her roles, she co-ordinated experiential learning activities, living learning communities and programming to serve students on the probation spectrum including Fresh Start and Get Clear.  She has worked at three institutions, including the University of Guelph and the University of Toronto. Madelyn holds a Master of Education degree and is a proud Katimavik alumna.  She is delighted to continue serving the Ryerson student population, and celebrated her eighth year with Ryerson this summer. 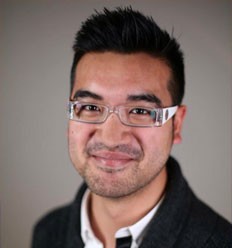 Dan joined the Academic Success Centre in May 2016. As a Student Success Facilitator, he oversees ITM 100 facilitation as well as tutoring support, among other projects. Dan is a proud alumnus of University College at the University of Toronto. He graduated with a Bachelor of Science in Biology and Psychology, and also holds a piano performance degree (ARCT).

Dan has a background in Housing & Residence Life, having lived in residence and serving as a Residence Don for 4 years. He worked at the New College Registrar’s Office and later at the central Office of Student Life, and was active with several student groups. After graduating, Dan worked professionally in Housing, first at the University of Victoria (BC) and most recently at Ryerson University for the past 4 years. A large focus of his work has been in supporting students’ academic success and leadership development through training and mentorship programs.

Dan is a big fan of Survivor, hot chocolate and chocolate in general. You can follow Dan on Twitter: @DanCanThinks 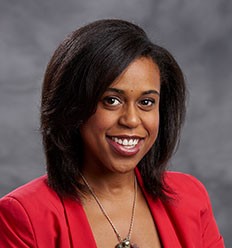 Sheena came to Ryerson in August 2014 from the University of Windsor. While taking courses, she assumed the role of a temporary research assistant in a longitudinal psychological research study in the Studies for Psychology of Appearance Lab.

Prior to that, Sheena further developed her administrative and coordination experience in the retail sales channel with the leading European consumer manufacturer, Robert Bosch Inc. At Robert Bosch, Sheena was able to grow her social advocacy endeavours through employee satisfaction projects and wellness initiatives. These same skills were previously applied in the not-for-profit sector through organizations such as United Way and STRIDE – Supported Training in Diverse Environments.

Joining Ryerson as a Departmental Assistant within the TRSM Business Career Hub, Sheena successfully advocated the need for an electronic sign-in procedure and implemented a metric-based e-newsletter distribution to track readership among the TRSM population. She is committed to supporting others through a transitory phase, which has led her to volunteer her time offering complementary Reiki sessions at 416 Community Support for Women, to women in high-risk situations and environments.

Sheena is excited to join the TRSM Academic Success Centre team and bring more of herself to the TRSM community. You can follow Sheena on Twitter: @sheenaewan

Having worked at Ryerson University for 11 years, Joana comes to the Academic Success Centre with a rich blend of experience. She has held various roles that support student achievement in academic advising, student mobility and student life, in the Nursing unit of The Chang School, the First-Year & Common Engineering Office, Ryerson International, the Tri-Mentoring Program, and the School of Accounting & Finance, where she was the Student Achievement Advisor.

Joana believes that academic achievement doesn’t happen in a vacuum, and hopes to bring her broad Ryerson experience and network into the Learning Strategist role, to keep TRSM students engaged and motivated. She firmly believes that with the right balance of challenge and support, all students are capable of thriving beyond their expectations.

Joana is passionate about adult education. She is also a Trekkie, an archer, a boxer and a dancing aficionada. She holds a master’s degree in Communication & Culture and is fluent in Spanish, French and Portuguese. 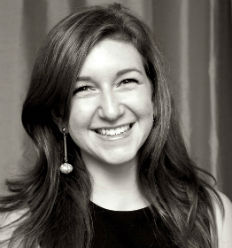 Natasha has always been fascinated by the way people learn. Throughout her 3 years as a BUS100 facilitator she solidified this passion and has dedicated her life to empowering students with the means to achieve their full potential.

Natasha’s love for learning extends beyond the classroom into areas such as graphic design and health and well-being.

Outside of work she can be caught enthralled in a positive psychology book, working out at the MAC or testing out new recipes in her kitchen. At her core she believes we all have the ability to create a life filled with joy, we just need guidance and drive to get there.

Visit our website or drop by and say hello. Our website also has lots of free tips for how you can improve your time management, note-taking, and test prep skills.

Madelyn is Manager of Academic Support at TRSM. She holds a Master of Education degree and is a proud Katimavik alumna. She is delighted to continue serving the Ryerson student population, and celebrated her eighth year with Ryerson this summer. Madelyn leads and supports the programming in the Academic Success Centre. She is eager to develop and grow the Academic Success Centre to support the needs and challenges our students face alongside exceptional staff and faculty in TRSM.