Inspiration for a Lifetime: The 10 Most Influential Hispanic-Canadian Awards 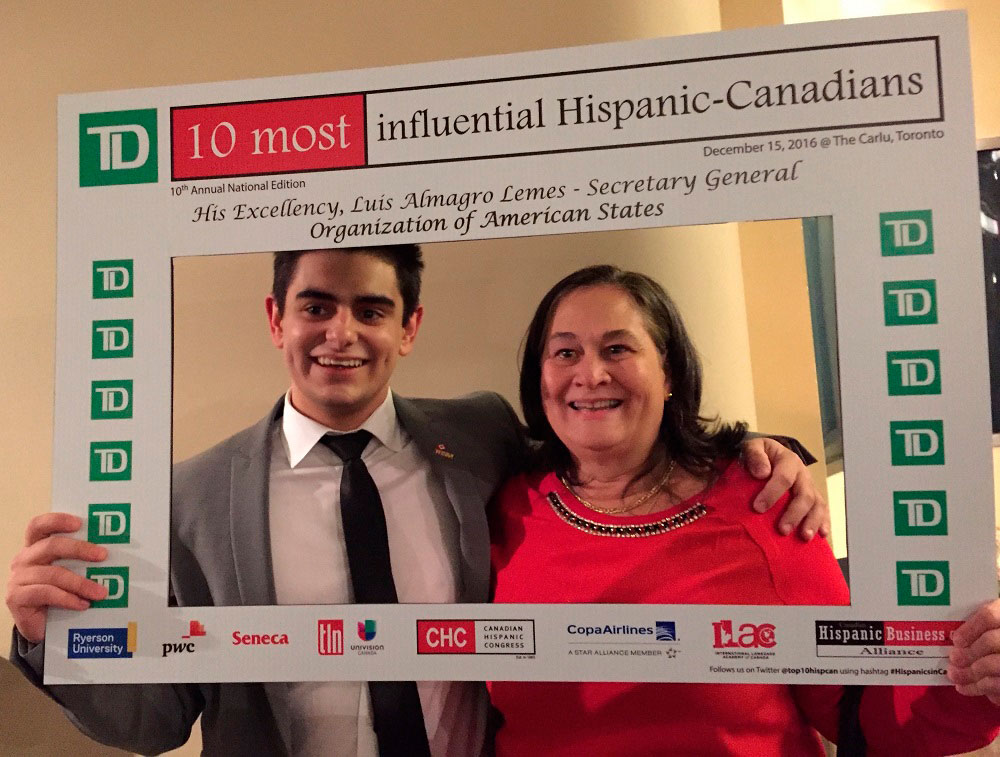 On December 16th, I had the honour of attending the tenth annual 10 Most Influential Hispanic-Canadian Awards as a nominee. The ceremony took place in the heart of downtown Toronto at the historic Carlu.

Since 2007, the awards have annually recognized 10 outstanding community members from across Canada who have made significant contributions to their community. This year’s awards featured 300 attendees including 12 ambassadors and consuls, media, entrepreneurs and nominees from five provinces, representing nine countries of origin.

Furthermore, this year’s awards were presented by His Excellency Luis Almagro Lemes, Secretary General of the Organization of American States.

My experience with the Top 10 awards began in June 2016 when I received an email stating that I had been nominated by Alicia Gutierrez for my extensive community and campus involvement. After reading countless biographies on past recipients, the true magnitude and caliber of this award quickly became evident.

I was truly honoured by the nomination, and while I didn’t expect to win one of the 10 awards, I was blown away by the opportunity to attend the celebrations and ceremony. I know I still have a lot of work to do before I become one of the top 10 winners, but my experience as a nominee has inspired me to continue to strive to get there someday. 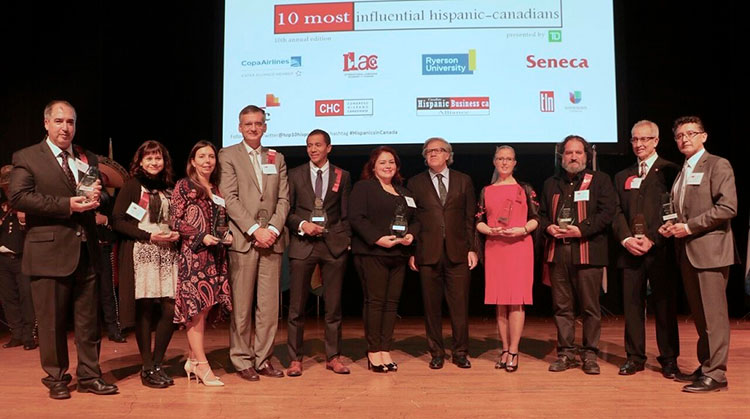 The evening celebrations began in the luxurious Carlu event venue. The reception itself was breathtaking. There was a vast amount of media outlets reporting on the events which were soon to follow and countless appetizers/beverages. This provided an excellent networking opportunity where I was able to connect with a variety of industry leaders whom I consider role models. Soon after, we all made our way to the theatre where the ceremony would be taking place. 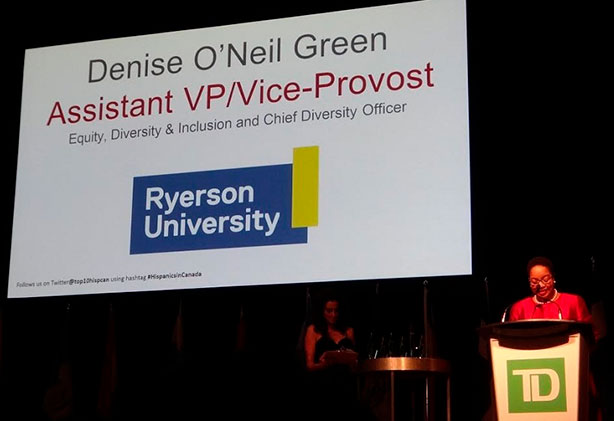 The ceremony itself began with the introduction of sponsors and speakers, including Ryerson’s very own Denise O’Neil Green, Assistant Vice-President/Vice-Provost, Equity, Diversity and Inclusion. Following this, His Excellency Luis Almagro Lemes took the stage and delivered an impactful speech stating OAS’s goals in providing equal rights to all citizens and raising awareness for the challenges which many immigrants encounter when assimilating to their new communities. 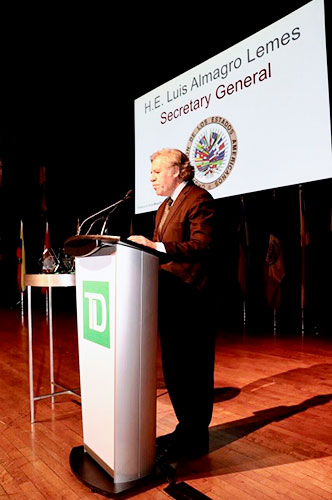 “We cannot sit quietly and accept that opportunities to move ahead are denied to those who come from a poor family or are born outside the city, or face discrimination due to their race, gender, or sexual orientation. On the contrary, we must fight and ensure that all citizens have equal rights.”

This year’s awards featured outstanding community members from Argentina, Columbia, Ecuador, El Salvador, Mexico and Spain who have demonstrated what it truly means to be a role model within our Canadian community. These awards serve as a token of appreciation for the dedication and commitments that these individuals have put into their perspective careers, while ensuring the betterment of society as a whole.

Although all the acceptance speeches were extremely heartfelt, one particular speech stood out to me:

“This is truly one of the greatest honours I have received in my life,” said Dr. Adrian Baranchuk, President of the International Society of Electrocardiology. “To be recognized as a leader is humbling and unexpected. I came to Canada with virtually nothing but I’ve worked very hard to establish myself. Canada, and its health care system have facilitated my integration into a new medical culture and has allowed me to develop into the professional that I am today.”

My parents immigrated to Canada with virtually nothing, much like Dr. Baranchuk. They emigrated from Cuba in 2001 and have worked continuously in the efforts of establishing themselves. My parents made sacrifices which have allowed me to be in a position I am today, receiving an education from a leading Canadian business school and getting involved in the community. I find it essential that I help others and pass the deed along, to push my fellow students to help their communities and value the opportunities available to them here in Canada, and especially at Ryerson.

Enrique Ponte Ojeda is in his second year at TRSM with ambitions in the dominions of Entrepreneurship, Accounting, and Marketing.